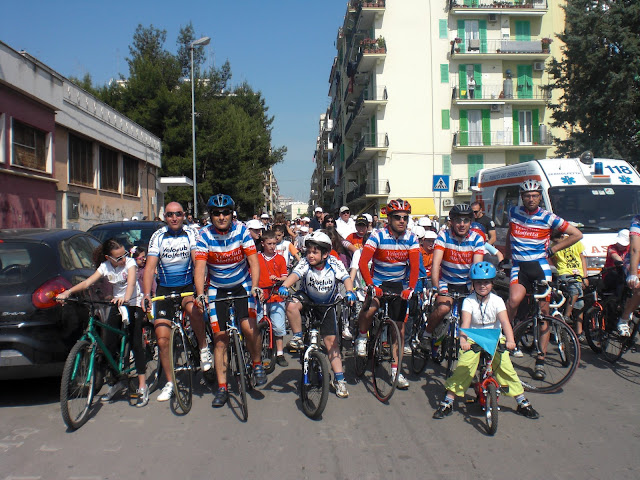 Every year on Mother's Day, Molfetta participates in Bimbinbici, a family bicycle ride around the city. It is a nationwide event aimed at promoting childrens' rights to ride their bikes through the city streets, no easy feat normally because of the dangers they face from rude and thoughtless drivers. Goals of the event include improving children's autonomy, learning safety rules for biking, and increasing respect for the environment. 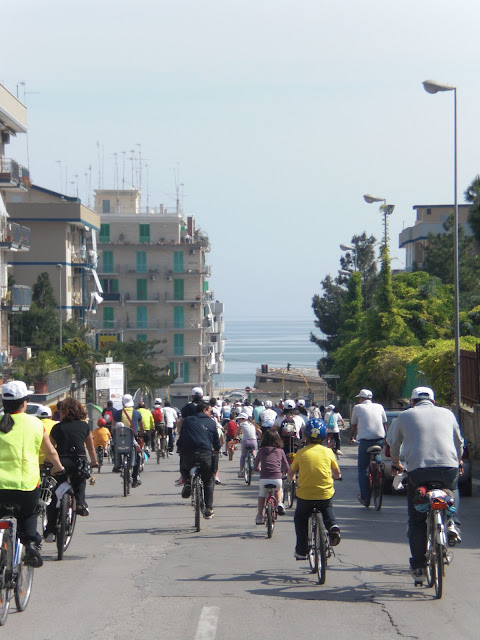 Over 600 people took part in today's ride which started from the Rosaria Scardigno elementary school, headed down toward the sea... 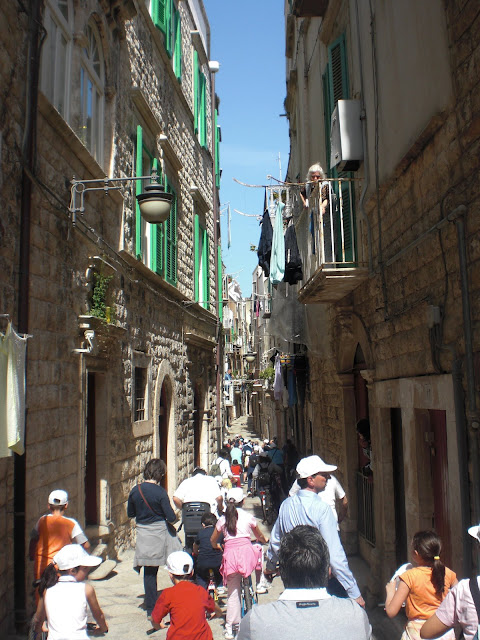 ...through Molfetta Vecchia (the historic centre of town)... 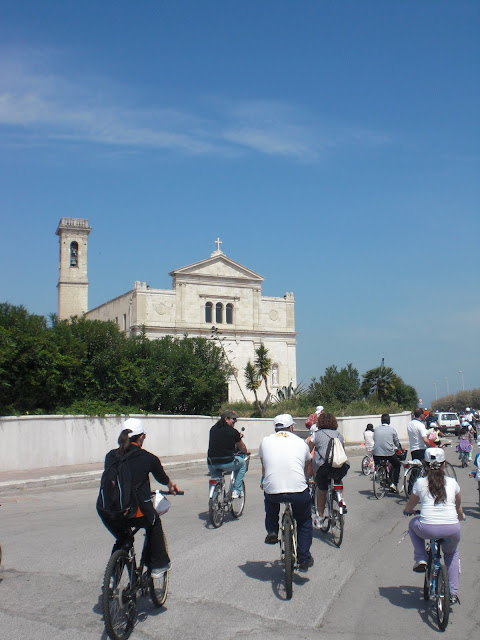 ...and stopping for a snack and short clown show near the Madonna dei Martiri church.
Posted by Saretta at 6:14 PM

What a great idea.

My thoughts exactly - what a great idea! I bet it was good fun too :-)

Hi Saretta,
I agree with you completely but anyway you are lucky to arrange a family bike ride.
Thanks for sharing nice photos. I will follow you.

What a fabolous idea, a family outing where everyone bikes. Thanks for sharing this.

Fun! Thanks for sharing. And congratulations on the new profile photo! Ciao

Great idea for a very good cause.

Great idea and nice pictures of the event. We could use a similar event in Boston, not known for its friendly drivers.

Even on their day, your mothers are thinking of their children! Beautiful.

Great initiative. Looks like great fun. Shame about all those rude drivers.